I’ve been seeing trailers for the movie The Box. The plot is that a couple is offered $1 million if they push the button on a box. The catch is someone on the planet will die.

So, the question is, would you be willing to let someone die if it means you’d pocket one million dollars?

In a way, it's a laughable proposition. One million dollars isn't even that much anymore. It's a lot. It's enough to pay off my house and our Home Equity Loan and still replace the exterior siding. We would still have enough left over to throw some fresh sod on the front lawn. But it's not the unimaginable sum it once was (as Dr. Evil discovered in the first Austin Powers movie.)

Although, there are a few people that I would like to see off the planet anyway. So, if I could Nero a thumbs down to those specific people while pocketing $1 million for my suggestion, why not? 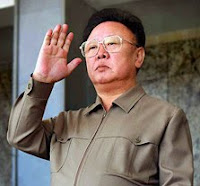 But really, other than a common criminal, what kind of a person would take a life for financial gain?

Hey, remember Donald Rumsfeld? It seems this was widespread knowledge but I have only recently learned that he was a former chairman of the company that makes Tamiflu. He left that position to become Secretary of Defense but retained several million dollars worth of stock in the company.

The US Government stocked up on Tamiflu to combat the H1N1 virus but back in 2005 it was stocking up on Tamiflu to combat the Avian flu virus. Crazy coincidence, what with Rummy being part of that administration and all. And remember back in late 2001 when we were ripe to be worked up into a frenzy of fear? We were fearful of envelopes in the mail and salad bars and we hoarded rolls of plastic and duct tape . . . just in case. The threat of biological weapons was just entering the collective consciousness of The Homeland and who knew what man-made plague could be inflicted by the Evil-Doers?

So you have to ask yourself, if there are those willing to concoct nasty viruses for political/religious statements, why not for profit?

And while we’re on the topic of Crazy Coincidences, how did you participate in this year’s Breast Cancer Awareness Month? Is there really a single person out there who would not be aware of breast cancer were it not for its special corporate sponsored month? Were you also aware that the company that is the principle sponsor of Breast Cancer Awareness Month is also responsible for tamoxifen, one of the most commonly used drugs in the treatment of breast cancers? Maybe you don’t see a conflict there. Maybe there’s a conflict in this (from The Sierra Club website)- The primary sponsor of Breast Cancer Awareness Month, AstraZeneca (formerly known as Zeneca), is a British-based multinational giant that manufactures the cancer drug tamoxifen as well as fungicides and herbicides, including the carcinogen acetochlor. Its Perry, Ohio, chemical plant is the third-largest source of potential cancer-causing pollution in the United States, releasing 53,000 pounds of recognized carcinogens into the air in 1996.

Maybe there’s a conflict in that information disseminated during Breast Cancer Awareness month never points a finger at environmental carcinogens. It’s all about lifestyle and early testing. It’s all laid at the feet of the patients, never at industrial polluters.
In addition, apparently the Susan G. Komen Foundation (sponsor of The Race for the Cure) also owns stock in AstraZeneca as well as in General Electric, another big time polluter and "one of the largest makers of mammogram machines in the world." For more interesting details on The Komen Foundation, including the foundation’s support of tamoxifen in spite of evidence that its use is implicated in uterine cancers, see here.

Those coincidences aren't that crazy - it always pays to follow the money. And the answer to Question A is no I would not, not even for a zillion dollars

You left Mugabe off your list...I'm not mercenary enough to do the deed myself, but I'm without any doubt that there would be a stampede to push that button for half the cash offered!

Modernemama, I don't believe in coincidence. Each and every thread makes up the fabric.

Brismod, you're right. Robert Mugabe has earned a spot on the list. Unfortunately, the list really isn't long enough for all those who deserve a spot.

Some people are only alive because it's against the law to kill them. :-)

Sadly, there are plenty of people who'd take less than that cool million to push a button and wipe someone else out. Just shows the level our society has sunk to.

Here's a random thought: I grew up near Perry, Ohio, near enough that every other year we would play them in football. As a member of the marching band I made the trek to Perry (actually about an hour away), and I have to tell you that their high school was one of the best I have ever seen. It rivaled the ones you see in the movies, where there's every sports facility, everything's brand new, and their arts program is fully funded. There were always rumors though that the school got a lot of help from the plant. I'm not saying it's true, I just think it's a funny coincidence to see it on your blog after all these years.

And no, I would never push the button.

NV, you're right on that first point. Lucky for them that there are laws. But I don't think our society has sunk in that respect. There have always been those willing to profit from death. As this week marked 25 years since the Bhopal disaster, we're reminded that thousands lost their lives due to cost cutting in safety measures on the part of Union Carbide and the area remains a toxic mess. Yet no one has been held criminally responsible. That tragedy was about profit. Nothing else. It never would have happened had Union Carbide executives put value in human life.

Meredith, welcome. Interesting about the Perry marching band. Maybe there's something in that polluted water that's giving them super powers. That would be a funny graphic novel - a marching band that fights evil with the strength of a super baton, a tuba and precision footwark.

I love this piece! Love it love it LOVE IT!!

Thanks, TMA. I appreciate it.