We were off our deadline by exactly one year. I wanted the public rooms to be done by June 20, 2008. It wasn’t until June 20, 2009, that they were ready for their debut.
When we started, just before the demolition in Nov. 2007, the window corner of the kitchen looked like this: 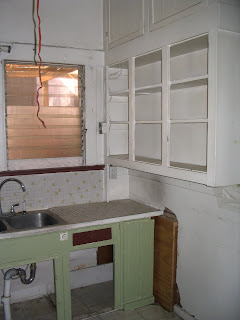 One year ago, with the deadline days away, it looked like this: 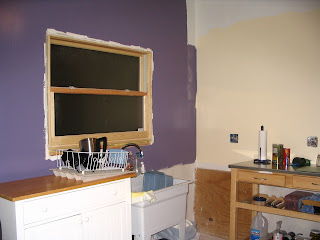 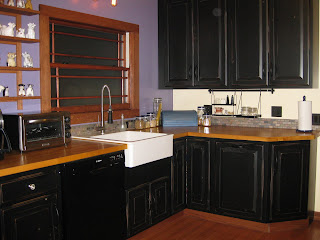 And when we started, the view from my dining room fireplace, facing the kitchen, looked like this: 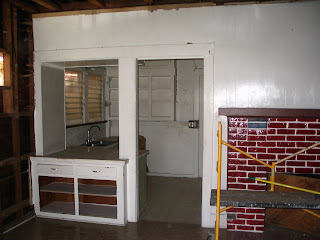 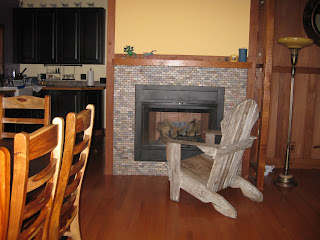 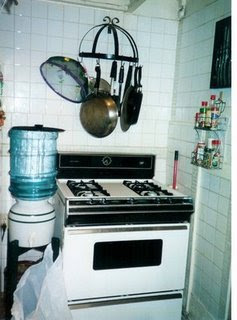 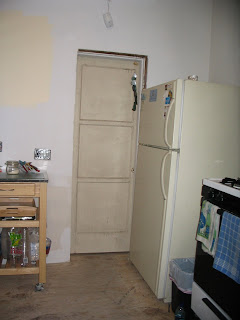 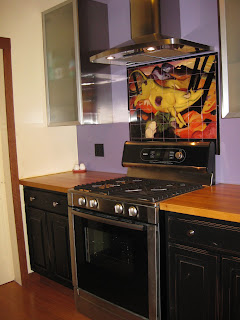 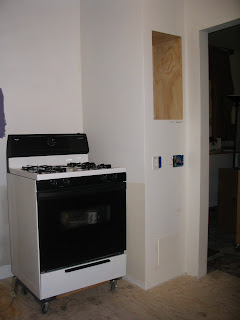 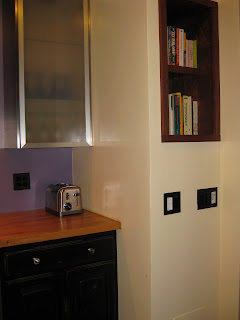 And now I have a handy place for my cookbooks: 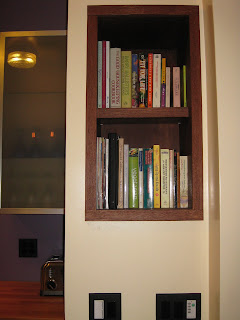 And even the tiniest cows have a safe home: 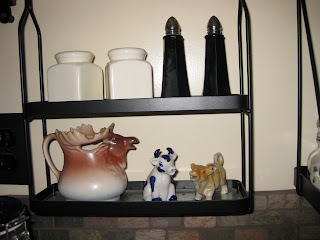 The kitchen’s been mostly done for a few months, but there were dozens of little details that kept it from being really done. Well now it’s really done.
Maybe at some point I'll go into some details, like about the drama with the cow mural - why I wanted it but then why I didn't, but for now there's just a slide show -

Awesome! It looks great. Worth the wait.

Thanks, Jennifer. Looking at the old pictures, it all seems now like a horrible dream.

Wow, your kitchen is awesome! I was shocked to get a comment from you on my blog earlier, since I've been following yours for ages. Are the people in your Google reader celebrities? I kinda think of them (and you!) that way.

Oh! I love the purple and black. And the mosaic and that hood!

Thank you both, Chris and Annie, for your kind comments. And yes, Chris, all my blogger friends are celebrities. But I gotta cut loose that Paris Hilton if she leaves another red wine stain on the butcher block!

Oh. My. God. What a completely AWESOME transformation! You guys have done an awful lot of work.

And to hell with deadlines. I gave myself one for the kitchen and bath reno, but am now rethinking it.

Thanks, NV. I have to give credit for all the work to my husband. He is truly tireless.

I did an awful lot of shopping. We each contribute what we do best.

Wow, that's a whole lot of work and such an improvement - it looks tons bigger. Congrats