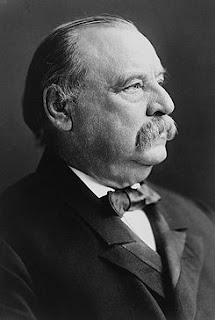 Enjoy the third day of your three day weekend.
Posted by Why S? at 12:32 AM

In today's society those that use their hands are frowned upon. Less people use their hands to work and I sometimes wonder if this is contributing to the obesity problem we have here in the US.

This country's woes could be greatly reversed if we just started making 'things' again. But the people with the cash have other ideas and their idea is to have 2 classes...the 'haves' and the 'have nots'. Once this happens they will make sure that the 'have nots' stay 'have nots'.

We cannot stop this as long as we continue to elect rich politicans who enact laws that aid the rich.

Enjoy your third day off.

Jane @ the girl in the brick house said...

Yikes!! on that note please stop by and look at some of the pieces that my husband made by his own hands for his upcoming show. It is being held in Santa Monica and the opening is next Saturday...Would love to see you there...Cynthia and thanks for the birthday shout out!!!

Excellent post. There is a satisfaction of a job-well-done and the ability to support yourself that appears to be forgotten these days. Oh goodness, I'm talking like an old person! ;)

Hey, we have the same retirement plan! ;-)

It's hard not to get discouraged given the current state of things. The things that matter so much are devalued so quickly and easily today.

I guess the best that we can hope for is that people really DO try to instill a work ethic in their kids and that said youngsters will be able to find jobs where they can apply it.

Unfortunately this is the new world we live in and it came quickly. At least for those of us 'of a certain age'!

I took the job I currently have 15 years ago because the overriding goal was to do excellent work. We never considered a project ready until it was right. We were proud of the work we did and stood by it. At the time we were lauded for that ethic.

Now the overriding goal from 'On High' is to produce. Quality is not a factor and we are forced to 'complete' work we know is incomplete at best and doomed to fail at worst. We are told to 'fix it later' but never get that chance because we are constantly 'putting out fires' while siimultaneously producing 'more'.

Where once we were a happy team, now the morale of the wonderful people I work with is miserable. Not a day goes by where I hear many of them say "I hate this job but I've got a mortgage to pay." And I believe the majority of people are even less satisfied with their work life. Truly sad...

Thank you house on red hill for your comment and visit....A trip to Sherry Frumkin Gallery this Saturday would be wonderful as I would get to say hello in person. Thank you so much for your interest..The show runs until Oct.9th so stop in if you are in the Santa Monica area...cheers, Cynthia

Thank you to everyone. I'm glad we're all in agreement here. I just don't know what can be done. NV, I don't think instilling a work ethic in the next generation will be enough. They'll have to see some external reward or it won't sustain. Intrinsic motivation won't be enough anymore.

@Jane, welcome to The Hill! I'm thrilled to have you along for the ride.