#5 - The obese, Rascal® riding, trannie hooker who services "clients" in front of our house.

Unfortunately, I don't have a photograph to accompany this post. Not that I could (or should) use it if I did. And the truth is, I've never witnessed this act for myself. But the neighbor across the street says he's seen it in progress and why would he make up something like that?

I don't want to be judgemental - not about her poufy wig that's too blond for her skin tones - not about her overly collagen injected lips that are too poufy for her face - and not about any other surgically enhanced body part that is too poufy to be found in Nature.

On second thought, maybe I am a little judgemental about the lips.

I am definitely concerned about her poor little Yorkshire terrier that I regularly see running alongside, barely keeping up with her as she motors up our hilly street on her pink (yes, pink) Rascal ®.

But I'm not judgemental about her vocation. We haven't all had the same advantages. And those lips have to be reinjected every few months.

Yet, must she practice her trade in front of my house? I don't know how many times this has actually happened, but once is really too often for me. The high retaining walls that flank the steps from the sidewalk as well as the HUGE ficus tree on the parkway offer a safe harbor of privacy for all kinds of unsavory activity. A pack of teenage girls using my front steps as a dark, private spot share a j? Sure! Why not? Except, being teenagers they didn't have the discretion to wait until the middle of the night as did our more mature transgendered friend. I discovered the girls as I came home from work at about 8:00 pm. But it was clear from their surly reaction to my appearance they didn't seem to care what time it was. And since it only happened that once, I'm not going to get worked up over some kids looking for a place to "experiment."

But while I'm not making moral judgments about our local mobility impaired prostitute, I don't want her workin' it in front of my house. NIMFY!

The Clock is Ticking!

Today is our reverse three month anniversary. Three months from today, June 20, 2008, is my target date for the completion of the interior remodel. Yeah, yeah, you're never completely done. I know. But on that date I want to have enough done to say our house is livable.

So, what tasks remain?

Walls - The drywallers are finishing up this week on the library, living room, dining room, kitchen, stairway. Then it's on to Priming, Painting, Wainscoting and Moulding for the above rooms.

Other projects include (in not necessarily the right order):

I think that's it. Could there possibly be anymore? Probably.

Can it be done in 3 months? Got to be. We're going to have a lot of celebrating to get to.

K and I are all atwitter about tonight's premiere of the John Adams series on HBO. In anticipation of this, I decided I might do a little research into what President Adams might have said about my angst over home ownership. As it turns out, I found exactly what he said.

Though flawed, our 2nd president was a genius in an age of geniuses. His statement, which I've copied below from The Founders' Constitution web site, is not new, and in fact, is so familiar it seems trite. But coming from Mr. Adams, I shall definitely give this sentiment new consideration.

Suppose a nation, rich and poor, high and low, ten millions in number, all assembled together; not more than one or two millions will have lands, houses, or any personal property; if we take into the account the women and children, or even if we leave them out of the question, a great majority of every nation is wholly destitute of property, except a small quantity of clothes, and a few trifles of other movables. Would Mr. Nedham be responsible that, if all were to be decided by a vote of the majority, the eight or nine millions who have no property, would not think of usurping over the rights of the one or two millions who have? Property is surely a right of mankind as really as liberty. Perhaps, at first, prejudice, habit, shame or fear, principle or religion, would restrain the poor from attacking the rich, and the idle from usurping on the industrious; but the time would not be long before courage and enterprise would come, and pretexts be invented by degrees, to countenance the majority in dividing all the property among them, or at least, in sharing it equally with its present possessors. Debts would be abolished first; taxes laid heavy on the rich, and not at all on the others; and at last a downright equal division of every thing be demanded, and voted. What would be the consequence of this? The idle, the vicious, the intemperate, would rush into the utmost extravagance of debauchery, sell and spend all their share, and then demand a new division of those who purchased from them. The moment the idea is admitted into society, that property is not as sacred as the laws of God, and that there is not a force of law and public justice to protect it, anarchy and tyranny commence. If "Thou shalt not covet," and "Thou shalt not steal," were not commandments of Heaven, they must be made inviolable precepts in every society, before it can be civilized or made free. 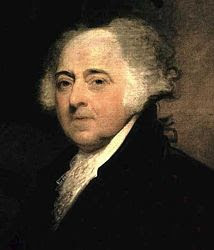 Make me an HBO Superstar

What's a Light Shelf? (and the usefulness of American Bungalow)

K's pal, M, came up with an idea for this bi-level ceiling idea in the future library. When K described it to me, I had no idea what he was talking about and I couldn't in any way envision it. Then, the plan cost K an extra day of work to frame and I decided that from now on, M should keep his ideas to himself. 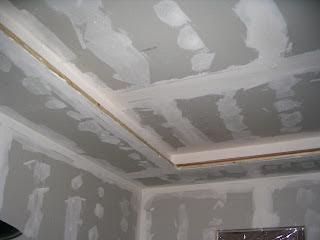 Hard to see where it's going but here is the freshly drywalled bi-level ceiling light shelf thing.

Apparently, (because K wants to keep the ceilings free from fixtures as much as possible) the whole idea is to cleverly hide lighting fixtures in a shelf around the edges of the ceiling and provide indirect lighting. He plans to install fluorescents and I'm hoping this won't be as annoying as it sounds.

Then, while flipping through old issues of American Bungalow, there I saw it! On page 82 in Issue 53, Spring 2007 of American Bungalow there are pictures of this thing called a light shelf, exactly as K had described it but as I had failed to comprehend. Teri Sue Wolf, the author of the article, describes it as "cantilevered shelves that project from walls and project indirect light on ceilings." According to the author, Frank Lloyd Wright made use of them in his Prairie and Usonian homes.

OK, we'll see how it works out. M may be allowed to make more suggestions after all.
Posted by Why S? at 12:57 PM 1 comment:

The cat tried to wake us up. We thought that she thought we would be late for work. Silly cat. It's Sunday. Let us sleep. K wasn't expecting the workers (Mr. U and Mr. A) for another hour.

We should have listened to the cat. The gentlemen were here at the appointed starting hour of 9 am, while I was still brushing my teeth and only thinking about a trip to Starbucks.

We had forgotten about the change of clocks.

I never understood this odd custom. Where is the light being saved? There was just a story in the news this week about how no energy is being saved and, if anything, more is actually being used to make up for additional heating and cooling costs. But the thing that really bothers me is the idea that we can just change clocks to suit our needs whenever we want. What's the point of having a clock if what it tells us means so little? Why can't we change other tools of measurement, like yardsticks (if we run out of molding) or better yet, bathroom scales? 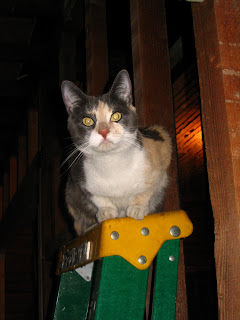 She knows what time it is, but she doesn't know that the top of the ladder is not a step. 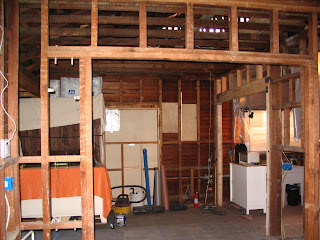 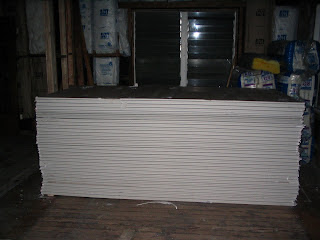 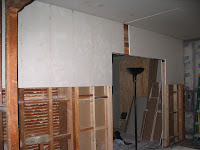 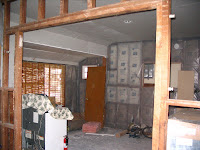 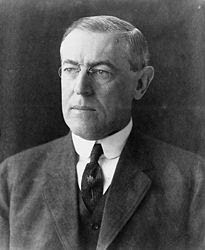